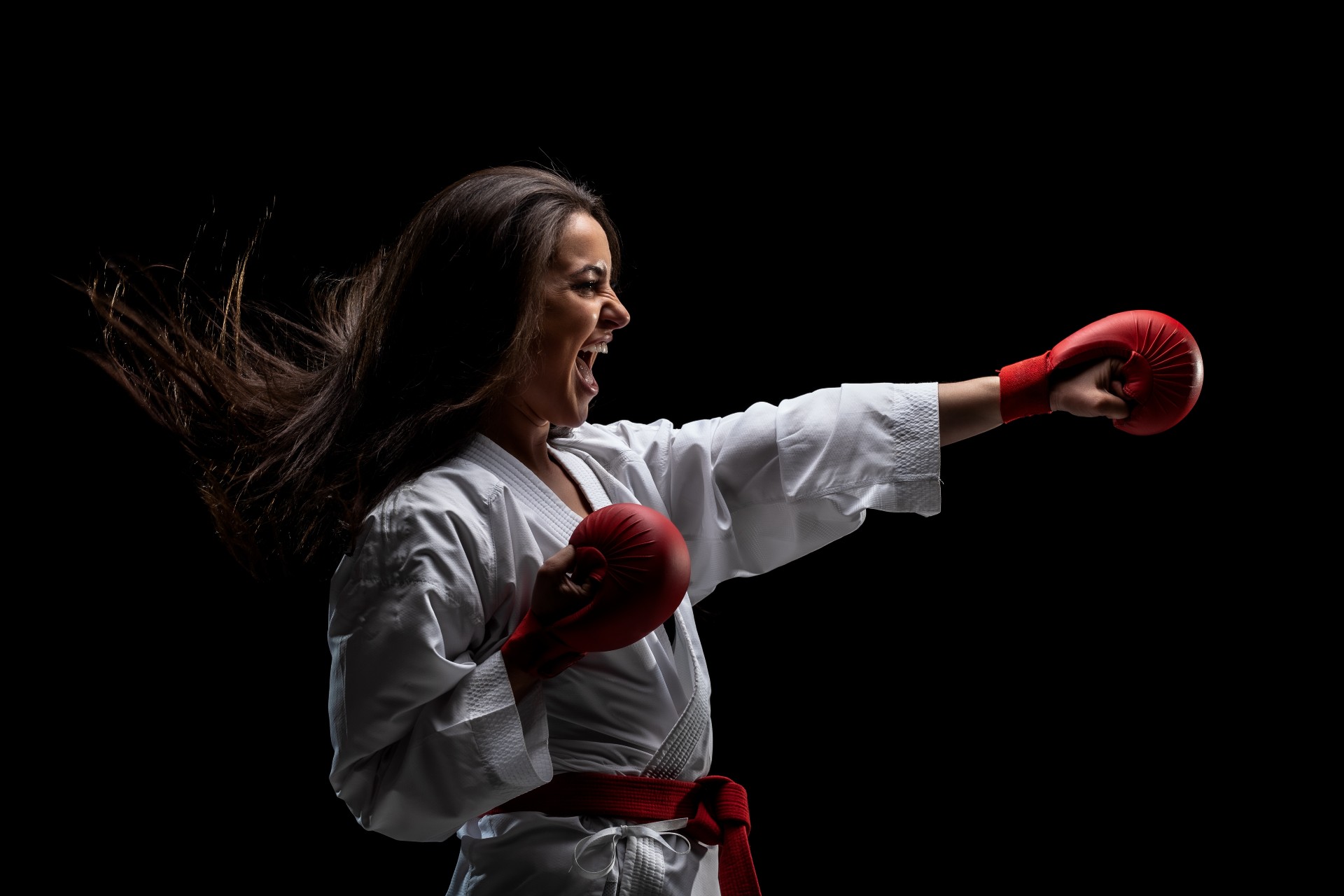 There are three main reasons that those practicing martial arts will deliver a short shout during training or competitions. What often sounds like “hi-yah” or “hee-yah” is not just a fun sound. On the contrary, using what is called Ki in martial arts is purposeful and intentional. Using Ki helps those in training draw from their core.

Ki is Japanese for Chi, and there are numerous metaphors and meanings behind the word. Ultimately, it is the inner energy and life force that martial arts students develop to greater degrees and includes strengthening exercises and controlled breathing. When someone practicing martial arts strikes, they pull energy from their diaphragm to make a sound that targets all the power to the strike. What is considered a yell often sounds like “hi-yah.” The release of energy from using Ki executes a more powerful strike. It is a verbal expression that students are trained to use to bring their intrinsic energy out through their extremities to the target.

Although those in martial arts training do not have to yell, yelling helps brace the core for powerful strikes. The exhale forces the core to tighten and creates a kinetic chain at the legs and hips, moving through the torso to increase energy through the arms to deliver a strike. Kicking, breathing out, and yelling tightens the core and provide essential stability and tension that prepare the body for the effective delivery of a kick. Ki is the hyperdrive that makes the delivery of martial arts moves robust and targeted. Someone not using Ki may not have the force and energy to deliver martial arts moves successfully.

Yelling can also be used at the beginning or end of a sequence of moves in a professional martial arts studio. The yelling in this context can express acknowledgment or dominance. In tournaments, there is yelling to indicate the beginning of a competition. Since martial arts training is based on the unity of mind and body, using the core to bring the two together is more natural in this setting. The short shouts are not out of aggression or anger but show greater control.

Yelling in Martial Arts as an Offensive Move

Students of martial arts studios, especially karate, aikido, and judo, use Ki to put an opponent on alert, sometimes startling them, which intimidates a competitor mentally. Yelling can be used to exude confidence and claim victory even before the beginning of a match. In family-friendly martial arts studios, students are trained to use their voices as a weapon, which certainly aligns with that concept. Since Ki means mood or energy, shouting amplifies intrinsic energy and harmonizes the body, mind, and core.

The thought of finding a martial arts home can often be overwhelming, especially when trying it for the first time. However, it is worth finding a family-friendly martial arts studio where students can work with peers to build physical and mental strength. Using Ki is something reputable studios will instill in students from the beginning since developing core strength is crucial to balance and stability when executing martial arts movements.

Young children, starting at 3, can experience the benefits of regular martial arts training. One of the most popular groups that join martial arts studios are ages 6-11, and many students in this age group begin to build self-confidence and self-control that are challenging to develop in a school setting. Children in martial arts enjoy using Ki since they feel a release of energy when allowed to yell or shout, but it is intentional and is taught to be controlled for effectiveness and not random yelling.

Although many people are more prone to enroll their children in martial arts, the practice also provides many health and mental benefits to adults. Work, home, and social stressors can take a toll on adults. Training at a supportive and professional studio provides immense physical benefits and helps countless adults manage stress and sleep better.

If you are in San Diego, SwiftKick Martial Arts has two locations in Carlsbad and Rancho Bernardo. Founder and owner Brian Cowell is dedicated to bringing martial arts to San Diego County. Transforming lives through practicing martial arts and using core strength and intrinsic energy is essential in his programs. Children and adults benefit from tapping into and using their Ki, Qui, or Chi to engage the body’s core. Increased stamina, improved strength and balance, and mental focus are some benefits that martial arts students will experience when training in the best martial arts studio.