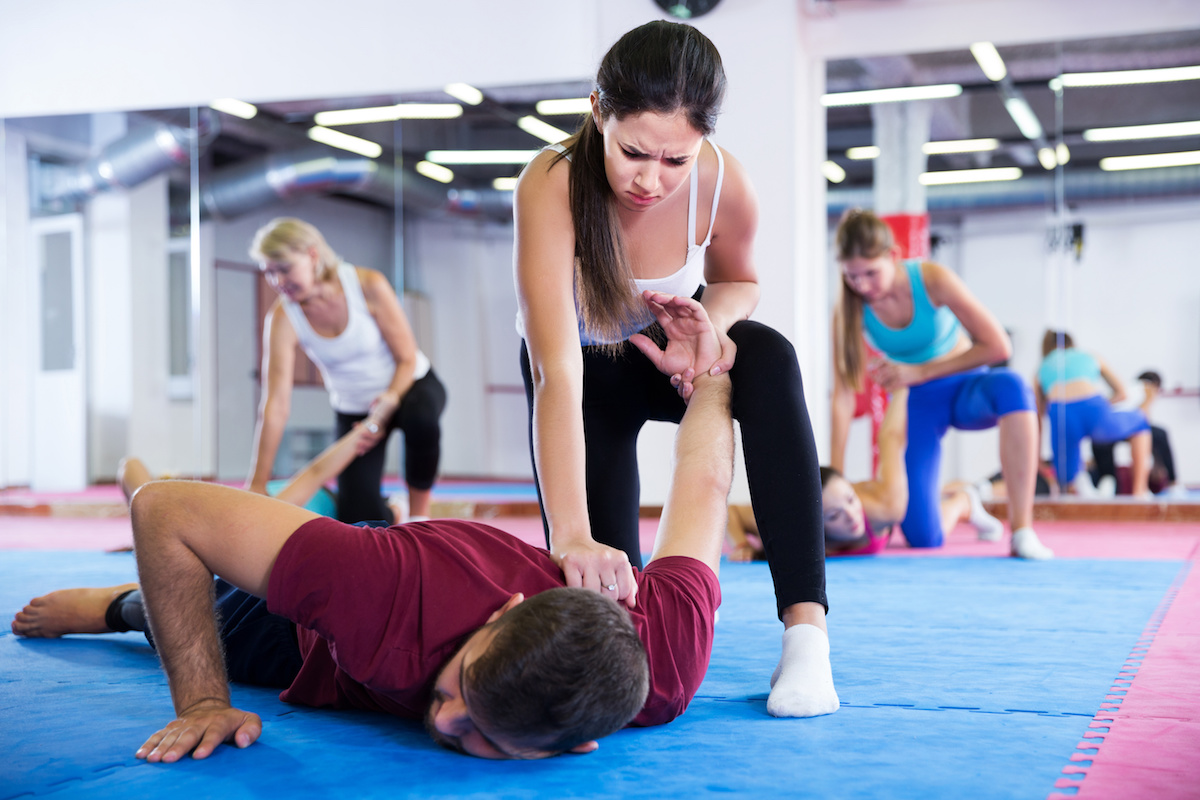 Wonder Woman’s Gal Gadot spent two years in mandatory military training in Israel. She became a combat trainer and found herself using some of those skills in her rigorous training for the physical demands of being a big-screen superhero. The Marvel series is an incredibly theatrical display of martial arts skills. Gadot, who portrays Wonder Woman, might sell it better than most, but that is likely because she trained as a young woman in the Israeli military, which uses Krav Maga. Gal Gadot performed many of her own stunts, and no doubt her foundation of Krav Maga training assisted in both the physical demands and focus required in this martial arts discipline.

Krav Maga is founded on the use of simple moves and techniques. It also builds on intuitive and practical movements, which is no wonder why it is fundamental to the self-defense system for the Israeli Defense Forces and continues to grow in popularity internationally. Favored by many law enforcement agencies and the military, it is one of the best self-defense training styles in the world. Brian Cowell, the founder of SwiftKick, Martial Arts, San Diego, incorporates many elements of Krav Maga in his program design. Spending years in martial arts, Brian sees a natural unity of different techniques used together in a comprehensive and impactful way to increase the health of the mind and body. Offering peace of mind, physical fitness, self-defense, and high contact engagement for all ages, Krav Maga can be introduced at any stage of life and be a forever hobby.

There is a touching and rich history behind the founding and growth of Krav Maga. What started as intense survival training in the wilderness became widely adopted in military branches beginning with the Israeli Defense Forces. The surprisingly simple yet effective practice under martial arts started with Imi Lichtenfeld and was brought to the United States by his protégé Darren Levine. Sadly, Darren later lost his battle with cancer, yet greatly impacted martial arts and the furthering of Krav Maga and self-defense training abroad. In 1987 Darren seized the opportunity to train law enforcement in the United States of America, and Illinois was the first state to incorporate Krav Maga training into their program.

As with other martial arts, Krav Maga has a beginning, intermediate and advanced levels of training. What this means is anyone can start and get involved. The great thing about SwiftKick is the various styles of martial arts thoughtfully included to yield the result of well-rounded knowledge using the most effective skills from each type.

Drills and sparring to practice and refine training allow hand-to-hand combat to occur safely. The supervised activity of sparring is essential, especially with Krav Maga, to refine its self-defense techniques. Although simple in design, these moves can save a life and are vital to our law enforcement and military, which should tell you how critical practicing with partners is in being as prepared as possible.

It is designed for men and women to protect themselves both standing up and, in any situation, where they find themselves on the ground. Krav Maga addresses and encourages mastery in both, training how to defend oneself effectively.

Although you might see the word fight used in Krav Maga training language, it is an incredible way to teach the youth how to protect themselves and get away from anyone meaning them harm. The youth training approach focuses on everyday situations that children and teens may experience in life, especially at school and social scenarios, like the playground. Krav Maga is aligned with Brian’s programs because both emphasize fitness, confidence, and self-defense. Kids thrive in this learning as they begin to feel empowered and capable of staying safe.

Encouraging the development of strength and focus, Krav Maga links both mental and physical elements, which naturally enhances endurance perseverance and organically creates problem solvers. Children of all ages benefit from the aspects of Krav Maga training. A focus on fitness with purpose, strengthening muscles through technique, and learning how to identify and push beyond limits while staying safe are in line with the Krav Maga moves incorporated in SwiftKick’s thoughtful instruction.

Krav Maga is often considered a “no rules” martial arts style. To clarify, this means that although the techniques and movements are simple and calculated, it is a combat style of training. If you can imagine, so widely adopted for those serving on the front lines, it is a survivor martial art style by nature. It is a no holds barred type of training that can save lives. It is about doing what it takes to stay safe and walk away from a violent assault.

The many benefits of Krav Maga have resulted in its growing popularity around the globe, moving from strictly military and law enforcement to recreational and competitive sport. The opportunity to learn such a credible and established form of self-defense as part of a complete martial arts program allows anyone interested to experience some of what our heroic men and women go through to train. Call SwiftKick today and sign up for a free trial class – you won’t regret it!