Three Things Only Sparring Can Teach in Martial Arts 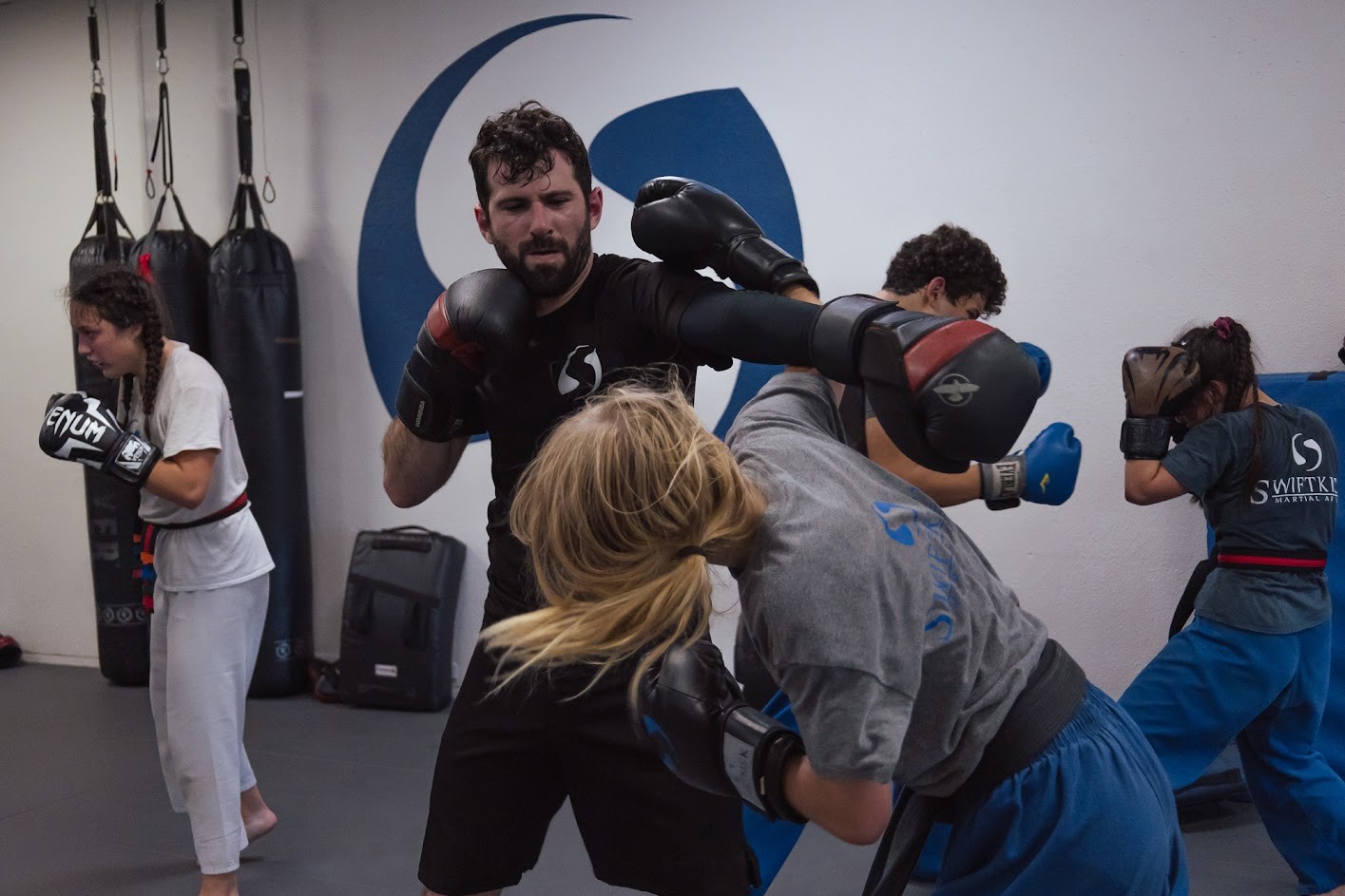 07 Sep Three Things Only Sparring Can Teach in Martial Arts

Although some martial arts studios reserve sparring for higher-level students, others recognize the value of sparring at all levels because three things can’t be learned without putting practiced skills into action. A well-rounded martial arts training program will include sparring, which is essential in bringing everything together for students.

As students begin training in martial arts, there is so much to learn about movement, approach, effort, control, balance, and focus. Once skills are well-developed, experienced instructors will identify students ready to participate in sparring. Exceptional martial arts studios often require sparring in learned techniques to move up a belt color. Self-control, self-awareness, and mind-body unity develop in students receiving the highest-level training. It takes experienced instructors and a clear vision to elevate students to this level, and sparring is undeniably part of the journey to higher achievement in martial arts.

Self-defense in martial arts will include wrestling techniques to bring down an opponent. Leg sweeps, where to grab a part of the body to be able to overpower someone trying to harm you, and specific areas where force can be applied that reduce the opponent’s capacity are all part of martial arts training. As students learn the moves and practice on dummies, they focus on technique and skill. However, only in sparring does a person of smaller stature feel the resistance of someone larger than them. It is the only opportunity to practice similarly to a real-life scenario. How much force to apply and how to wrestle out of a position that is not advantageous is priceless when it comes to martial arts training.

Because sparring in the best studio is closely supervised, students also learn about effort and force as they engage. Through this activity, students get to experience how their bodies react to physical threats; this is the second thing only sparring can teach in martial arts.

Sparring Teaches How to Control Emotions, Adrenaline, and Reactions

You can’t watch it in a video. You can’t explain it in words because each person’s physical response to being attacked will be different. Some may feel rage, and some like running. Others may freeze or go through stages of all these emotions as they surge when in a contact confrontation. Sparring in a reputable studio is highly recommended because of the level of training of instructors, supervisors, and higher-level students.

A student may display incredible leaps and bounds in self-control throughout training. Star students may grasp the material quickly and seemingly have a natural gift for martial arts. However, most students experience feelings and adrenaline surges for the first time in contact situations. Understanding how each individual responds to a strike or a struggle to escape is invaluable in martial arts training.

Students training in martial arts often experience strikes to the body or self-defense situations for the first time when sparring. Sparring is the culmination of training, allowing students to truly experience what contact feels like and the adrenaline that accompanies those moments. Practicing and adjusting skills and techniques is the best way to train for real-life situations. If a student is confident in their methods and timing, sparring builds more confidence for students as they realize that they would be able to defend themselves if someone tried to harm them.

Exercising control and accuracy on the mat, students who have memorized techniques and are methodical about movement are well prepared for sparring. Training is not complete, and substantial belt movement should not occur without successful sparring matches to show an unshakeable understanding of the material and what will be required to succeed at higher levels.

As students begin to develop skills and techniques and then reach a point where they are ready to participate in this exciting and realistic use of martial arts training, it is best to embrace the process. Adorned with helmets, gloves, mouthguards, and other protective gear, students are allowed to experience what it feels like in a controlled contact format. There is no number of classes, or years of training, that equip martial arts students better than a sparring match. Sparring is the only thing that can teach what is required to overcome an opponent, what to expect when facing a possible threat, and how to maintain technique and focus through adrenaline and emotional surges.

Sparring is a valuable tool in martial arts because it forces the use of things that do not come into play during regular class time. Sparring is the only thing that puts students in a position where they must fully engage their minds and bodies to improvise, react, make decisions under pressure, and navigate unchartered attack attempts while remaining calm and focused. If you live in San Diego, SwiftKick Martial Arts has an incredible sparring element in their training programs.