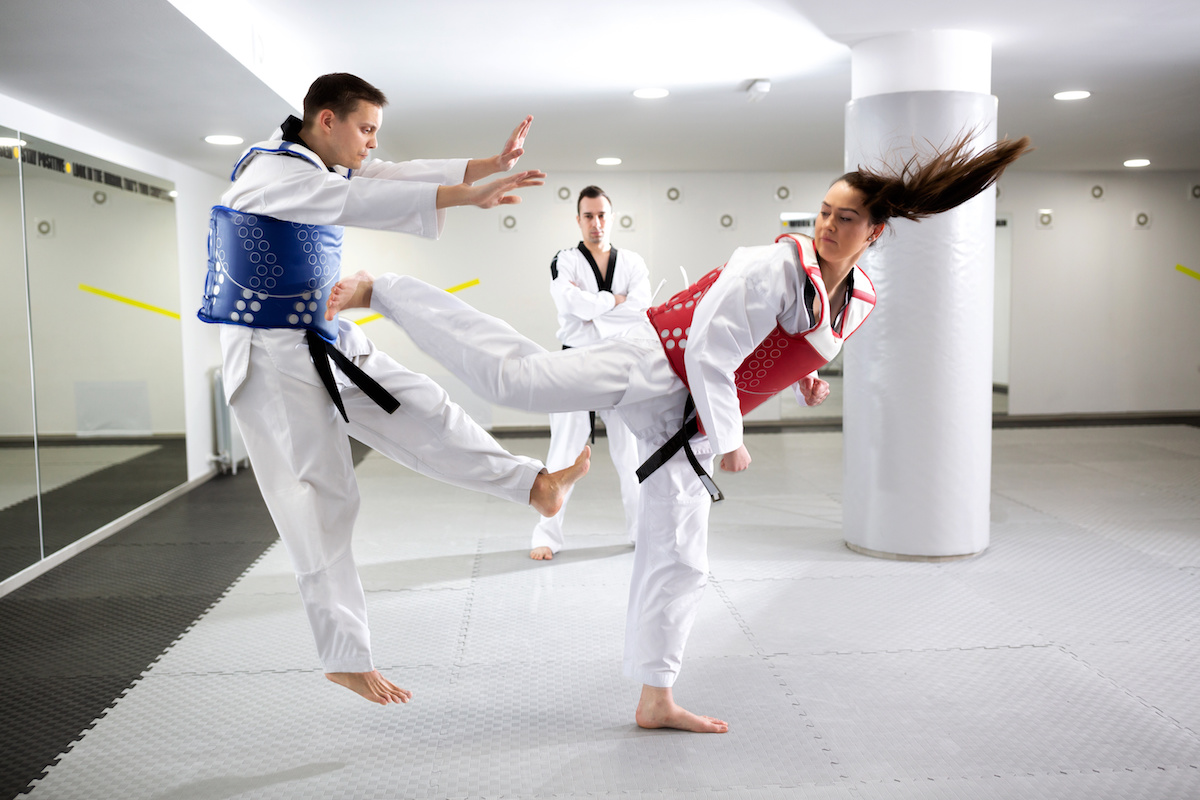 As promised, this week, we break down some of the complexity with the black belt in martial arts. Last week, it was mentioned this coveted belt was deserving of its own blog due to the many different aspects of achieving it and the ability to hold multiple black belts under the martial arts umbrella.

Those in martial arts training working towards a black belt have already achieved much. All will hold a first-degree brown belt and have mastered any belts before the brown belt level. As one can imagine, this achievement is nothing short of exceptional. Extreme dedication, hard work, practice, and perseverance must be at the forefront to obtain a black belt in any martial arts discipline.

If you are considering starting martial arts or learning some excellent self-defense, find a local studio that offers a free trial class. Get started, and do not be discouraged by the journey or others’ accomplishments. SwiftKick programs are designed to meet everyone right where they are in training, offering multiple locations in San Diego and various class times and levels to help students stay on track to their goals. As personal goals are met and exceeded, those who want to continue training set new stretch goals to achieve higher ranks and belts.

Martial arts are an individual sport, which allows each person to make their own goals and invest the time and effort. Not all will achieve a black belt or even have the desire to do so. It takes focus, determination, and intrinsic drive to do so.

Black belts begin with first-degree but may be proceeded by probationary black belts with a white stripe to show technical ability but the need for further display of a higher maturity level. Second- and third-degree black belts are often customized to each student. This is where the expertise of the instructor and sensei are essential in appropriately testing those for black belt progress.

Brian Cowell at SwiftKick has expertly designed each program to build upon the previous, making goal setting clear and attainable. Those desiring to achieve higher belts work effectively with SwiftKick instructors to set goals and begin the path to achieving each rank. Once a black belt is achieved, those in training may instruct and become a sensei themselves. This is an incredible opportunity Brian exclusively offers his master students.

Variation In Black Belt Among Disciplines

It is important to note the variation of black belts within different martial arts disciplines. There can be differences between styles, studios, and the personal preference of the owner. Instead of mastery of all, the first black belt can represent the beginning of advanced training. Uniquely, in Brazilian Jiu-Jitsu, the black belt has many degrees, with the ultimate and highest level not even being black, but red. Most other styles covet the third-degree black belt as the highest level. Karate uses the “dan” ranking system, with the first degree being shodan.

In most martial art styles, the coveted black belts are the most prestigious of belts. Those holding a black belt should exhibit exceptional character, control, and maturity. They must also display expert knowledge and ability in techniques, mental focus, and discipline. It is inspiring to see students who begin training and work through to black belt. Those with a black belt have the knowledge to teach others. This is one of the reasons SwiftKick is exceptional. Many students become teachers, able to relate and encourage in relevant ways. Learning from another who has undergone the same challenges and obstacles brings martial arts training full circle.

SwiftKick incorporates a wider variety of martial arts training styles than other San Diego studios. Offering two San Diego locations in Rancho Bernardo and Carlsbad, the team of instructors can guide and teach in multiple areas, including Jiu-Jitsu, Karate, Kickboxing, Krav Maga, Kung Fu, MMA, and Tae Kwon Do. Brian and the expert instructors follow the traditional belt rank system and are attentive to student efforts and progress. Although eager to see those training achieve their goals, SwiftKick is consistent and thorough in progress tracking, recognizing areas that need work and those that show a readiness to test.

Although the implementation of belt rank and color is reasonably new in the history of martial arts, it has been widely adopted and is a significant part of the martial arts journey.