Most Popular Weapons in Martial Arts 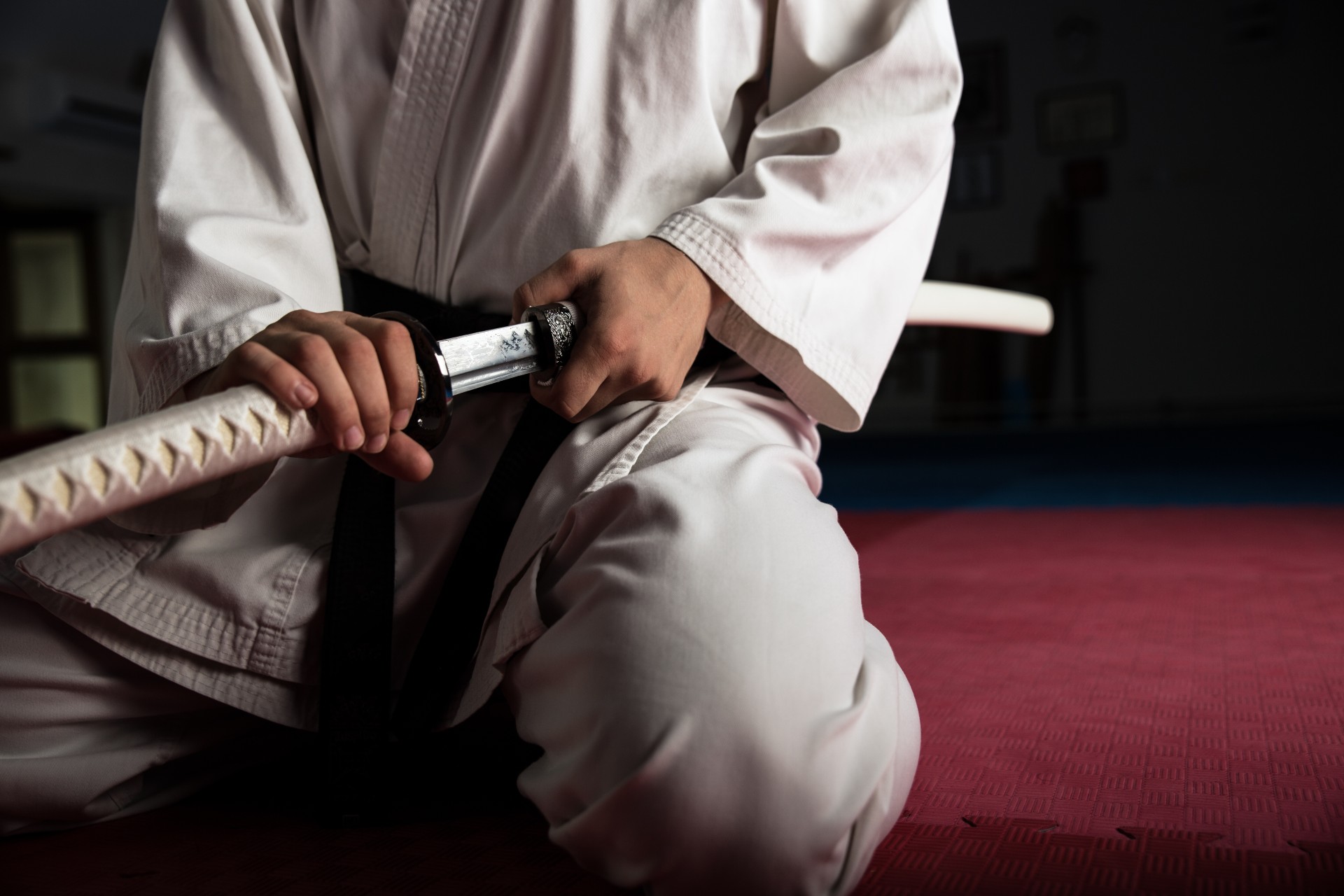 Posted at 11:20h in Martial Arts, Self Defense by Swiftkick Staff

According to the Oxford Dictionary, ka·ra·te is

“an Asian system of unarmed combat using the hands and feet to deliver and block blows, widely practiced as a sport.”

Although karate literally means “empty hands,” there are many training in karate and other martial arts who choose weapons to incorporate into their routines. There are weapons of choice within each martial art style and some overall popular preferences in the martial arts community.

The bow staff is one of the most used weapons in martial arts. Approximately 5-6 feet in length and is made of wood, most commonly oak. Some Bo staffs have ends that have been tapered for greater movement and lower weight in those areas. If you have seen a movie with a karate sequence, they likely held a bo staff and twirled it around effortlessly throughout. The Bo allows long-range reach instead of hand-to-hand combat, which requires up-close action that is only short-range. Another typical use for the staff is to sweep the legs out from under the opponent, bringing them quickly to the ground. Of course, in some of the best examples of this that probably come to mind, the opponent may leap or jump over the staff as it sweeps below.

The Most Recognizable Nunchucks

Whether familiar with martial arts, almost anyone can instantly have an image in their head when you say nunchuck. Bruce Lee made this weapon highly popular through his action movies. The two distinct batons are connected by a short chain or rope that can be used for a chokehold. Although wood is the most common material used to form these highly effective weapons, they can also be found in other materials like plastic, rubber, and metal (ouch!). The downside of using these in training is that the person learning always hits themselves (and usually repeatedly) as they learn the techniques to use them properly.

The nunchucks also offer a further reach than without and are significantly easier to conceal than a 5-foot Bo staff. However, even though nunchucks’ blunt force can be effective when hitting an opponent or attacker, they are not very useful against other weapons that are easier to handle. Anyone masterfully yielding these has practiced relentlessly and built up incredible coordination and laser focus!

The Tonfa is a shorter stick with a handle, often a little over the length of the forearm. Tonfa is a dual weapon which means those training in the Tonfa will yield the pair. The versatility of different ways to hold the Tonfa makes it like three weapons in one since each grip offers unique benefits. In short-range, the Tonfa is used for blocking and punching; for greater reach, they are held in a different area, and the handle can also be used as a weapon itself.

Many of the well-known weapons used in martial arts originated from farm weapons or everyday objects from ancient times. The exception to this, of course, is the elegant Japanese weapon – the Katana.

The impressive Katana is 27 inches long and made from multiple layers of folded steel. The Katana is the culmination of exceptional metalwork, having properties that make it exceptionally sharp, hard, and flexible. A traditional Katana can cost thousands of dollars, and many choose a less expensive single steel version. Regardless of which version is used, watching someone skilled in using the Katana is mesmerizing. No wonder this is something many wish they could do but never attempt.

Martial arts have a rich history, and they began with no weapons at all. Although martial arts training has evolved from “empty hands” to using some of the favored weapons above, many choose to stick with the weapon-free versions of martial arts. Self-defense training is grounded in being able to protect oneself without a weapon. Unless you carry a weapon everywhere you go, there is no way to know when someone might try to harm you, and you will need to use self-defense.

Each studio has its own focus, and some studios have more training involving weapons. If you solely seek this type of training, do your research, look at customer reviews, and always try a free class before signing up for a long-term commitment. You want to ensure the studio has safety measures for martial arts training involving weapons. Most reputable studios offer a free trial to make sure the studio is a fit for you. If you are considering non-weapon martial arts training either because you don’t want to use weapons or do not feel you are at the level to do so, find a local dojo that offers classes that fit your style and your schedule. If you want a friendly, family learning atmosphere in San Diego County, contact SwiftKick Martial Arts, with locations in Carlsbad and Rancho Bernardo.